Holi 2021in India: Holi will be celebrated in india on 28th and 29th March this year. Followed by Holika Dahan on 28 and the festival of colors the next day. Holi is not only celebrated in India but in other countries such as the United States, United Kingdom, and Malaysia, Australia, and many others. 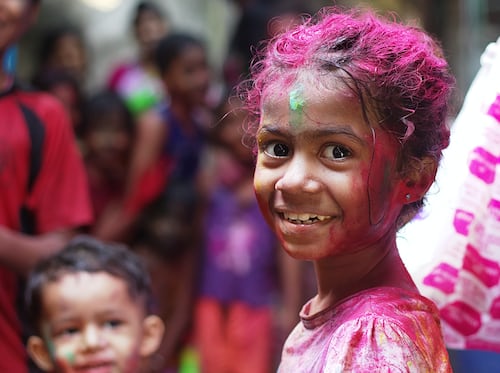 Holi is a festival of victory of good over evil, being the festival of colors and joy. It also signifies the divine love of Radha and Krishna, thus also a symbol of love. The people of every caste and religion celebrate it joyfully every year keeping aside all the differences and diversity. In some states like Odisha and West Bengal, Holi is known as Dol Jatra or dol Purnima.

Though it is a favorite festival of all ages of people, this year is gonna be affected as 2020 due to covid-19 outbreak. Delhi and other states have banned Holi in public places. As there is a continuous increase in the cases of infection, the state disaster authority has decided to take control over the social gatherings during fests and ahead of festival season.

When Holi is celebrated?

Every year Holi comes at the end of winter and the beginning of spring. It comes with the upcoming Phalguna month, which typically falls in March. It begins with the last full moon day of the month, on this evening, Holika Dahan is celebrated. This is when the effigies of Holika are made and burnt. Along with the Holika Dahan, people perform pujas and ceremonies. Holika Dahan is also known as “Choti holi”. The very next day, Rangwali Holi is celebrated by smearing colors on each other’s faces. 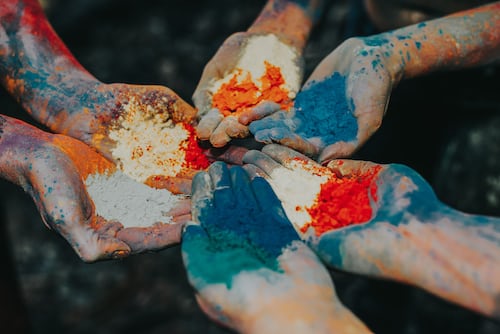 According to legends, Hiranyakashyap – a demon god had become very powerful and no one could overpower him. His son Prahlad was an ardent follower of Lord Vishnu and Hiranyakashyap had stopped him from worshipping the god. He had attempted to kill his son Prahlada by making him sit on a burning pyre with his aunt Holika, who had a boon that prevented her from being harmed. Prahlada chanted Lord Vishnu’s name and Holika was burnt but no harm came to him. 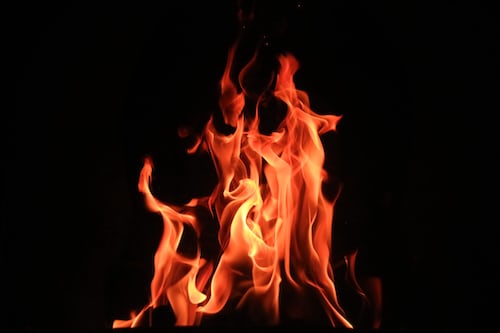 What do people do on Holika Dahan?

During this holy eve, people gather around a bonfire and various rituals are performed around it. People also sing folk songs and share the Holika Dahan stories.

How to perform holika dahan?

For Holika Dahan puja you will need a bowl of water, Roli, unbroken rice grains or Akshat, incense sticks, flowers, raw cotton thread, turmeric pieces, unbroken moong daal, batasha (sugar or gur candy), coconut and gulal. The cotton thread is wrapped around the Holika, going around it seven or three times. After that, the water and all other samagri (items) are dedicated to Holika one by one. Rice and flowers are used when saying the mantras. The bonfire is lit after the rituals are over.

The cotton thread is wrapped around the Holika, going around it seven or three times. After that, the water of and all other samagri (items) are dedicated to Holika one by one. Rice and flowers are used when saying mantras. The bonfire is lit after the rituals are over.

How is rang wali Holi celebrated?

After the eve of Holika Dahan, we enjoy the actual festival of Holi. Every age of people throw colors on each other, children play with pichkari and rang bhare gubbare, by throwing on random people. This day is the strong symbol of starting a new journey with all your friends as well as haters. And you may have heard of the saying “Bura na mano holi h”. Nobody minds each other’s behavior on this day. 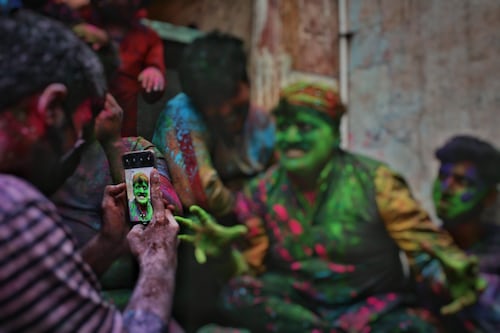 And without gujjias and Dahi Bhalle, holi is incomplete. People come to each other’s home and wish the day by smearing color on each other’s cheek. Families dance to Bollywood songs and take the pleasure of tasty food. The songs on holi are just on high volume on this day. Songs are enough on holi, but “rang barse” is the evergreen legendary song. People just rock on this song, this is a favorite song of every age group of people.

Though it is one of the joyful festivals of India, this year will be affected due to the pandemic. Amid the possibilities of lockdown and the beginning of the second wave of covid-19, it becomes mandatory to take care of the public health and community. The state disaster authorities have decided to ban the celebration of holi in public places. Delhi, Maharashtra, Kerala, Punjab, Gujarat, and many states have been affected by the surge of corona infection. Vaccination is vigorously happening worldwide, in these conditions we all should respect the decision and try to avoid the social gatherings this year.

This year just make a simple sober holi in your family. Wish your friends, share sweets and foods, and have a good talk with them. Spend time with your loved ones. Don’t touch colors this year, as one-touch may affect the other person’s health. Follow the new guidelines strictly. Have dance, on your favorite holi songs, have food, enjoy by less physical contact with others. The upcoming holi will be more joyful if you will take precautions in holi 2021.

Have a safe holi this year and follow the guidelines strictly, festivals are the superspreaders of covid-19, hence be careful and safe.