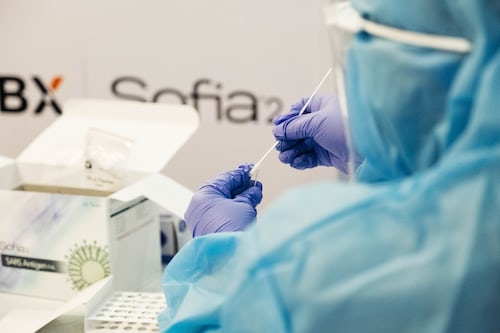 According to a study, scientists have revealed that one-third of covid-19 survivors, particularly Americans acquired neurological or mental disorders.

In a study of more than 230,000 with the majority of Americans, one in three covid-19 survivors was dianosed with a psychiatric disorder in just 3 months. Scientists said that covid-19 may bring a wave of mental and neurological disorders on Tuesday.

The researchers who conducted the study said it was not clear yet, that how the virus is connected to such psychiatric conditions as anxiety and depression. Nonetheless, these were the most common among the 14 disorders they investigated.

Occurring of post-covid disorders like stroke, dementia, and other neurological disorders were rare, but still noteworthy, especially in those who had the severe covid-19 infection.

“Although the individual risks for most disorders are small, the effect across the whole population may be substantial,” said Paul Harrison, a professor of psychiatry at Oxford University who co-assist the work.

Furthermore, an oxford psychiatrist Max Taquet, who worked with paul Harrison, revealed that the study is not able to appropriately examine the psychological or biological mechanism involved. But, anyways an urgency of research is needed to reveal off the cause “to prevent or treat them”.

Last year 20% of people were found with psychiatric disorders

The disorders were common among covid-19 survivors than those who had recovered from any other illness like flu or some respiratory infections at the same time, the scientists said. Thus, covid-19 has a big impact on mental health.

Anxiety and mood shifts are common among covid-19 survivors

Though, anxiety and mood shifts were common among the 17% population, irrespective of the mildness or severeness of the covid-19 infection.

And those who had been admitted to hospital with a severe covid infection, about 7% had a stroke within six months and 2% were diagnosed with dementia.

Professor Til Wykes of the Institute of Psychiatry at King’s College London, who was not involved in the research, commented: “Looking over six months after diagnosis has demonstrated that the ‘after effects’ can appear much later than expected — something that is no surprise to those suffering from long Covid.”

“There is little good news from these data except that the anxiety and depression rates were decreasing compared to data collected three months after diagnosis,” she said, “but this is balanced by the increase in more serious psychotic illnesses.”