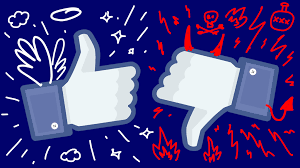 Today, on Tuesday Facebook said that it is aiming to comply with the government’s new rules purposive to regulate online content, just a few hours before the three-month deadline for social media companies to end.

“We aim to comply with the provisions of the IT rules and continue to discuss a few of the issues which need more engagement with the government”, a Facebook spokesperson said in a statement.

The company further said that it is working to “implement operational processes and improve efficiencies”. “ Facebook remains committed to people’s ability to freely and safely express themselves on our platform,” the statement added. Apart from the main platform, the company also owns WhatsApp and Instagram, which are also impacted by the new rules of IT.

As of February 25, the government has come up with information technology rules 2021 that the digital rights experts would fundamentally change the Indian internet.

The rules that are drafted in a blurred way, with no public consultations, were criticized for being a back way to implement “political censorship” of content. This rule applies to all weighty social media companies and messaging-related intermediaries with over 50 lakh users, like signal, telegram, and Twitter other than Facebook.

Experts had said that its implementation would lead to a stricter and more opaque way of content takedown. The government has put 50 lakh registered users as the threshold for defining ‘significant social media intermediary’, which means that large competitors like Twitter, Facebook, and Google would have to comply with the additional rules.

While announcing the guidelines in February, it had said the new rules take effect straight away while significant social media providers will get months before they need to start complying. The 3 months time period meant compliance by May 25.