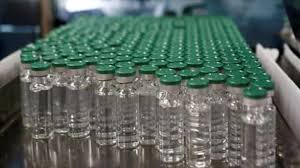 India temporarily holds on to the exports of the oxford AstraZeneca covid vaccines, the foreign ministry said to BBC (British broadcasting corporation).

India is at its peak of coronavirus infection, and needs more domestic needs, they said. The demand for vaccines is increasing with the rising cases.

This move is described as a “temporary squeeze” by the officials, and expected to hold on to the supplies till the end of April.

About 190 countries will be affected by the move. The scheme led by the world health organization ensures that the vaccines will distribute among other nations fairly.

The serum institute of India, which is the largest covid vaccines producer till now has delayed the export of AstraZeneca in some countries including Brazil and the UK.

India has provided over 60 million doses to about 76 countries so far. In which the Oxford AstraZeneca vaccine is in majority.

What is the reason behind holding on Covid vaccines?

The decision was made after the heavy reports of the corona infection outbreak on Wednesday. It has recorded the maximum cases in comparison with the past few months. About 47,000 new cases were observed with 275 deaths.

The 45 years old will be eligible for vaccination from 1st April, officials are expecting the demand for vaccines to increase.

“The export hold is a temporary measure. Domestic demand will have to take precedence, “ one foreign ministry source told the BBC’s, Soutik Biswas.

There have been no exports from India since Thursday, according to the foreign ministry website.

“Everything else has taken a backseat, for the time being at least,” one source at the ministry told Reuters news agency. “No exports, nothing until the India situation stabilizes.”

The serum institute has already delayed the shipments of vaccines to some countries including Brazil, the UK, Saudi Arabia, and morocco.

“We will try to supply more later, based on the current situation and the requirement for the government immunization program in India,” an SII spokesperson said.

Nonetheless, India has started its vaccination program on 16 January and has inoculated over 47 million people amid the possibility of a second wave of infection.

Foods to Avoid in Thyroid which can Create Problems

Corona is Causing an Imbalance in Female Hormones and Increasing Obesity

The Vaccine may be Ineffective in Corona’s New Variant ‘Mu’

Delta Plus Cases Increased 6 times in 15 days: 13 Mutations so far